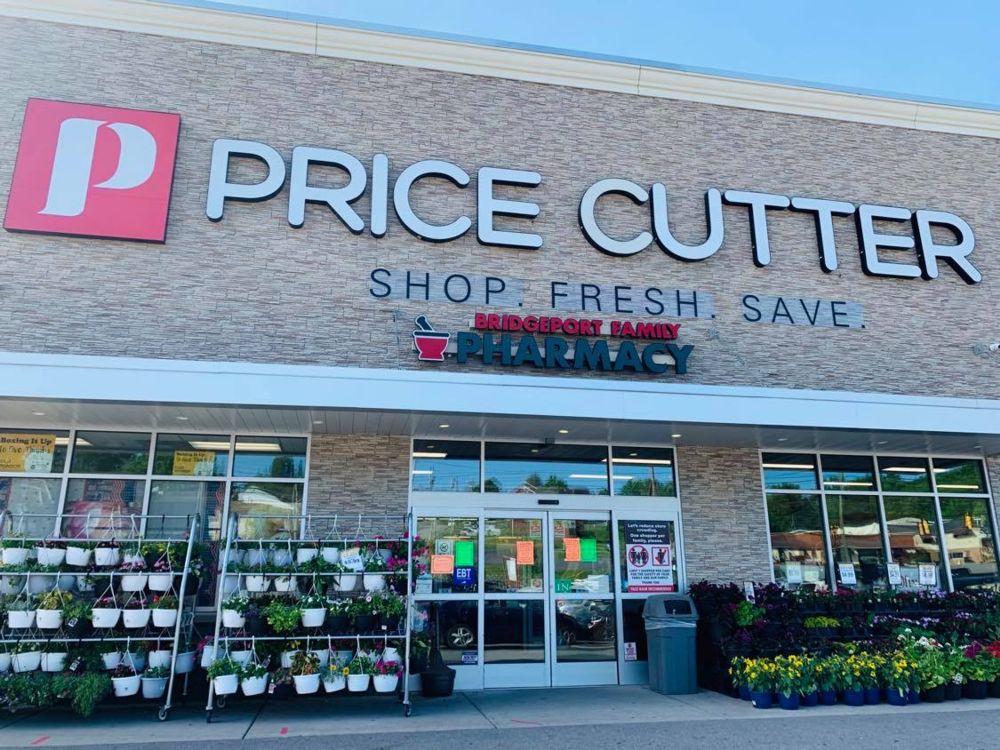 A decade ago, Lori Spatafore was the pharmacist in charge at Fairmont’s American Pharmacy, owned by Tom Jamieson. After six years of being in business for herself, the owner/operator of Bridgeport Family Pharmacy is once again a business affiliate of Jamieson’s. 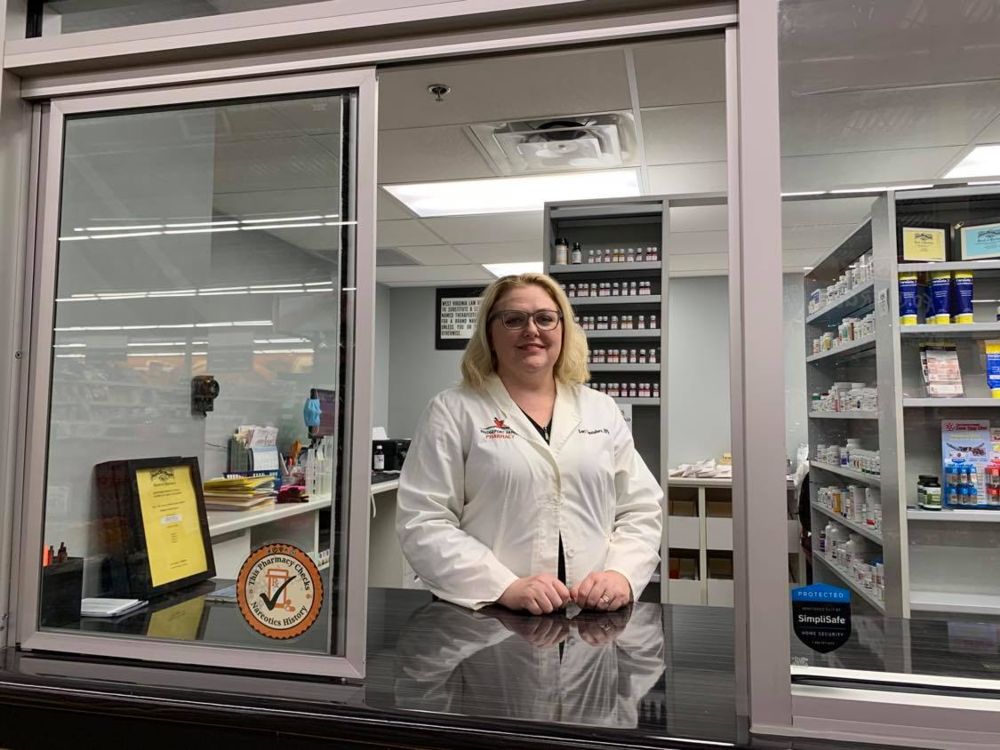 Monday, Bridgeport Family Pharmacy, located in Charles Pointe for the past six years, moved inside the Bridgeport Price Cutter store, owned by Jamieson.
“He’s had that space for a long time and always wanted to put a pharmacy in,” Spatafore said. “So, we just decided with the COVID virus and its effects, now would be as good of a time as any to make the move.” 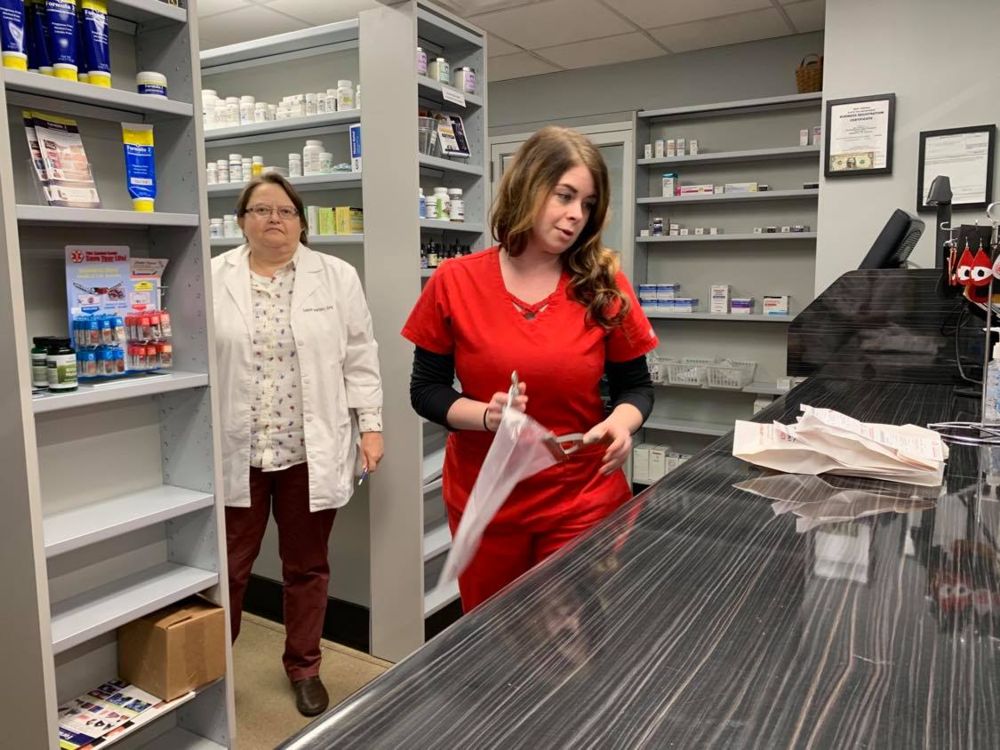 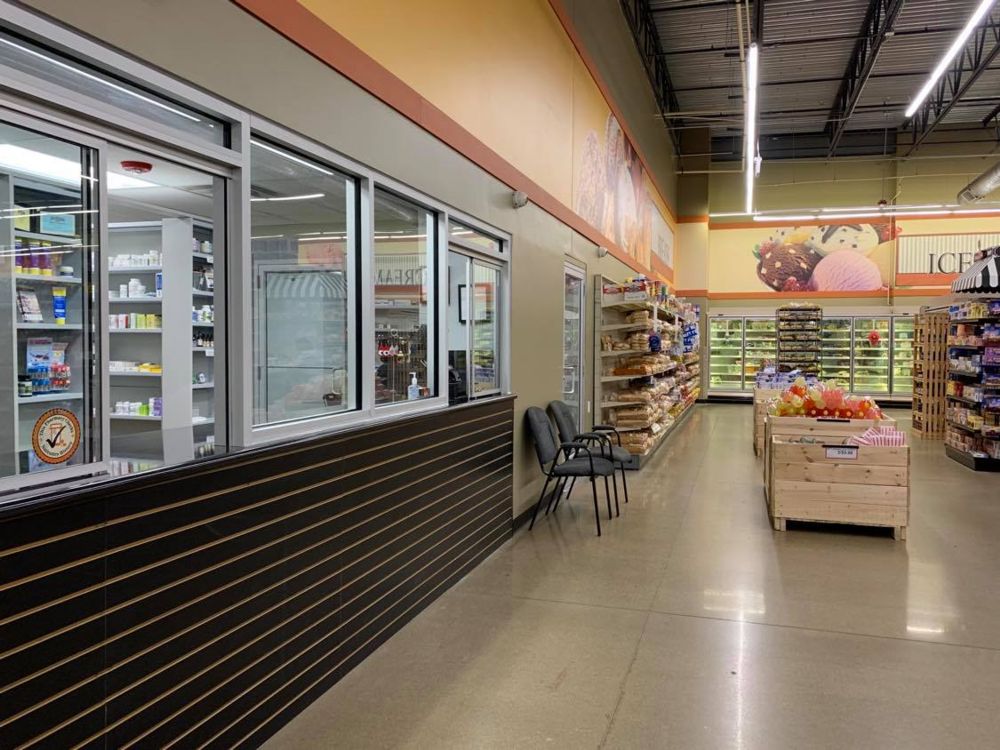 Bridgeport Family Pharmacy has had its doors closed to foot traffic since late-March, operating only through the store’s drive-thru.
The move entails some downsizing, Spatafore said, as her pharmacy will no longer carry retail items such as over-the-counter medicines, greeting cards, home décor items and various other merchandise.
There are a few exceptions. The pharmacy will sell CBD products, essential oils, handcrafted Bridgeport earrings and Formula 2 products.
“We will also continue to make and sell T-shirts through our Web site,” Spatafore said. “It might be a little while before that’s up and running as we have to get settled first.”
Spatafore’s husband and business partner Bill Spatafore designs and creates a wide variety of themed apparel items, including Bridgeport High School and West Virginia University T-shirts and hoodies.
The pharmacy – which remains a separate business and is still owned by the Spatafores – is located at the front of Price Cutter, left of the registers (facing the front of the store.)
Assistant Manager Sam Bradley said the alcove already existed. Some minor renovations over the past couple of weeks have prepared the space for the pharmacy.
“They just had to put up some drywall, paint and run utility lines through,” she said. 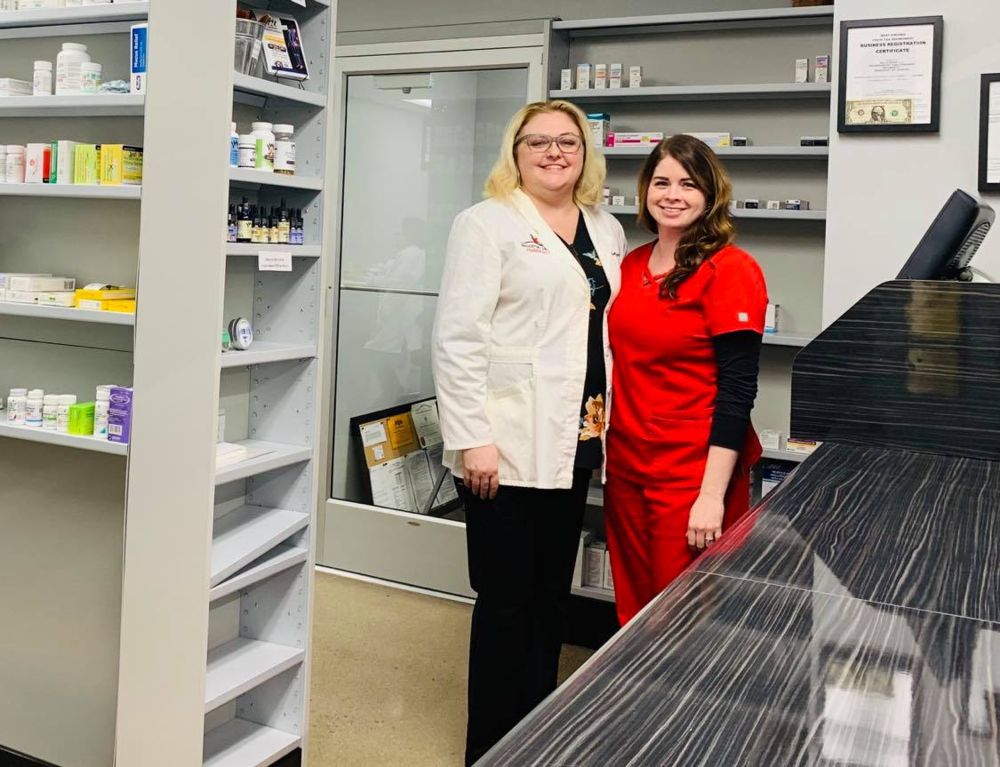 Bradley believes the pharmacy will be beneficial to Price Cutter and Bridgeport Family Pharmacy, drawing additional customers to both businesses due to the convenience factor.
Spatafore agrees.
“I definitely think there will be more foot traffic in the store as a lot of people shop (at Price Cutter) and now they will have access to a pharmacy, too. It’s a one-stop shop for them,” she said.
Bridgeport Family Pharmacy will still offer free delivery.
“We won’t have a drive-thru, but we are designating two parking spaces in the lot for pharmacy curbside pickup,” Spatafore said.
The new pharmacy also features a private counseling room, which will also be used for immunizations.
Pharmacy hours will remain the same: 9 a.m.-6 p.m. Monday through Friday and 9 a.m.-1 p.m. Saturday.
Bridgeport Family Pharmacy opened its doors on Conference Center Way in Charles Pointe on April 15, 2014.
“We’ve loved being in business for ourselves. It’s obviously had its challenges, but we have loved every second of the freedom, to be our own bosses – not have to worry about punching the time clock and all the other freedoms,” Spatafore said.
The business owner said she cannot say enough about her customers and community support.
“Our customers are responding very well to the move. We’re only moving a couple miles down the road and the majority come from that side of Bridgeport anyway,” she said. “We’ve had a lot of people reach out to us and the comments have all been positive.”
A 1993 graduate of Bridgeport High School, Spatafore – the former Lori Shearer – received her pharmacy degree from West Virginia University in 1999.
“I wanted to be in a medical field. It’s something I’ve always been drawn to,” said Spatafore, who once considered med school and PA school, along with pharmacy.
“I liked the science and knowledge base of medication and interactions and pharmacists have more of a community presence on a daily basis,” she said. “I never wanted to work in a hospital. I wanted to work in retail as I’ve always enjoyed talking to people.”
Spatafore mentors aspiring pharmacy students by serving as a preceptor for WVU School of Pharmacy.
“We typically get students once a year,” she said. “On occasion, we hire students with good work ethic to stay on for the summer.”
Prior to working for American Pharmacy, Spatafore worked for the Prescription Shop on Johnson Avenue in Bridgeport.
Pharmacy Techician Shanna Thompson continues to be on board. She has been with the Spatafores since they opened their store in 2014.