Card My Yard Bridgeport: Unique Business Continues to Spell Out Messages of Joy

Card My Yard Bridgeport: Unique Business Continues to Spell Out Messages of Joy 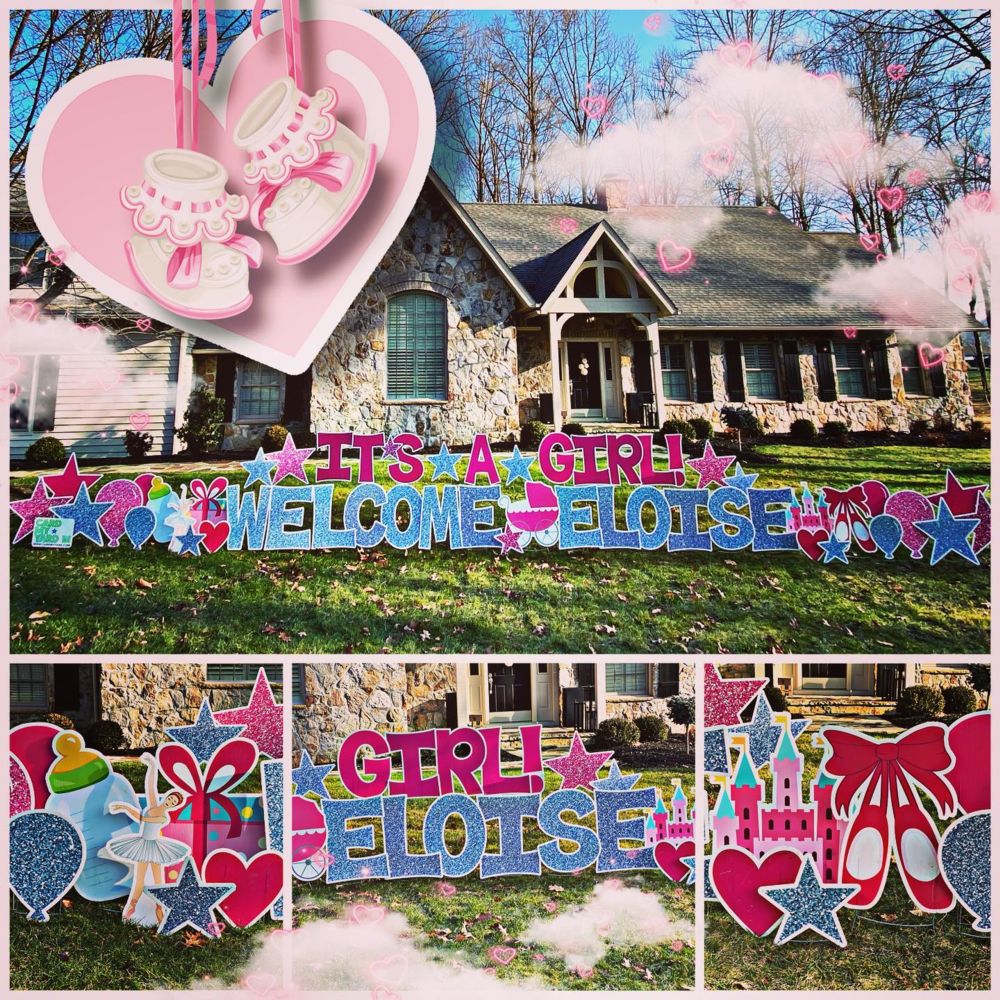 There is a COVID-19 baby boom. Jenny Reed knows because she has had wave of new arrival congratulatory messages to post in local yards.
Be it a baby announcement, birthday, anniversary, graduation, engagement, wedding, retirement, or other life event, it’s been Reed’s job since 2016 to create a giant lawn greeting card.
A 1999 graduate of Bridgeport High School, Jenny Starkey Reed is the owner of Card My Yard Bridgeport, a franchised service business available to folks within a 30-mile radius of her base in Bridgeport. The opportunity came about when a friend heard about the business and reached out to her.
“There was a group of moms who did little things for each other when our birthdays rolled around,” Reed said. “When Sarah Dodson learned about Card My Yard, she said I would be perfect for it.”
Reed, who has a background in art and creativity, says four years later that she agrees.
“I love bringing people joy,” she said. “I love seeing the looks on their faces or the happiness in their voices.”
Starting out, Reed invested in enough giant “Card My Yard” letters to form basic greetings. She has utilized her profits to purchase additional letters in a variety of colors.

“At first, I had a full set of blue, red and black letters and maybe a pink ‘happy birthday,’ as well as a few sports and baby graphics. Now I have yellow, green pink, pink glitter, silver, silver glitter, blue glitter, rose gold glitter, royal and more.” 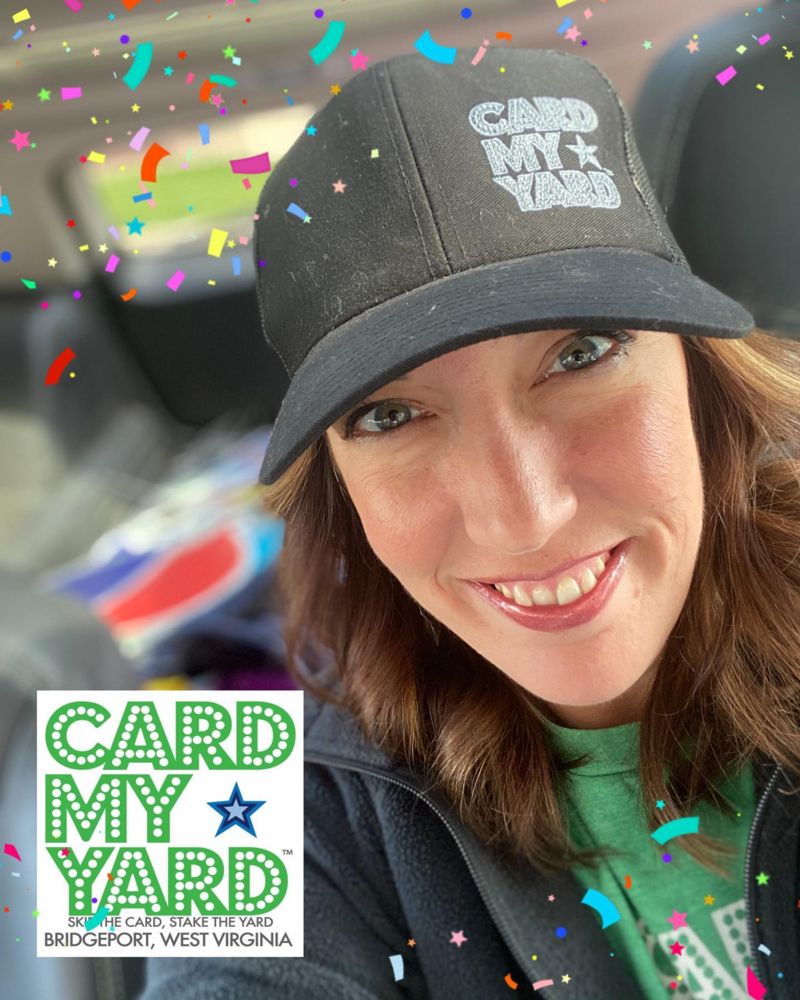 Reed’s graphics include everything from balloons, hearts and stars to Band Aids and masked emojis – the latter which have been quite popular over the pandemic.
Ironically, the past year has resulted in a business boom as customers ordered messages of encouragement and appreciation to frontline hospital workers, first responders and others in the line of fire.
“There were days I had 15 different orders,” she said.
Another memorable pandemic-time order was the 90th birthday for a local gentleman. He had been shut in for several weeks and hadn’t seen anyone. He was more than thrilled to see the greeting in his yard.
There have been other orders which for obvious reasons have etched a place into Reed’s memory.
“I love military welcomes, last cancer treatments and ‘gotcha day’ celebrations. Sometimes I’ll go card the yard while the family is at the courthouse, so the message will be up when the family gets home,” she said.
Once, Reed even received an order to commemorate a vasectomy.
“When they first ordered it, I thought it was a joke,” she said. “They wanted it to say, ‘Clipped, but still equipped’ with the hashtag #retiredswimteam. The graphic they chose was a hotdog.”
Orders can be placed through Reed’s Card My Yard Bridgeport Website or Facebook page. She typically sets them up during an afternoon/evening, then returns to the yard when the rental is complete to pull the messages, organize her pieces, and fill the next day’s orders. As one might guess, weather has proven a major factor.

“I’ve come back soaking wet, I’ve slid in mud and there have been times when the ground was too frozen to set the stakes,” Reed said.
It’s a business which is never boring and comes with unforgettable occasions. Once, she almost drove away with a customer’s cat in her vehicle. This past January, she was carding a yard at night when she heard what she thought were gunshots. 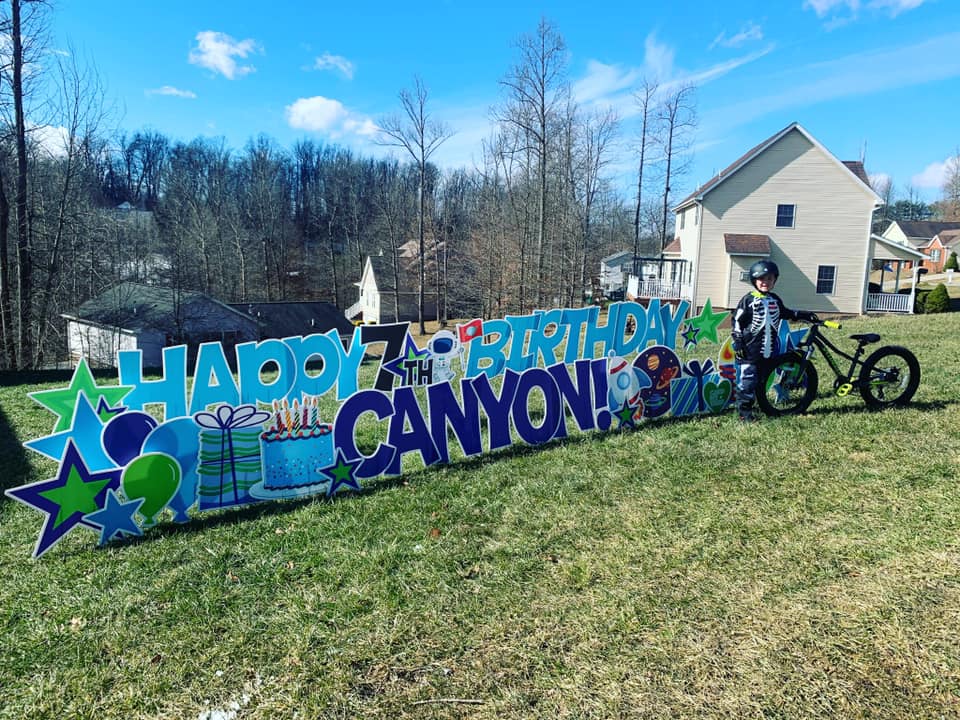 “It
“It was Inauguration Day and people were letting off fireworks,” she said.
She sometimes gets lost and even when best intentions are executed, there’s the occasional carding the wrong yard.
“I travel out in the country; sometimes there aren’t addresses on the houses and mailboxes are in clusters,” she said. “And there isn’t always cell phone service so I can double check.”
Reed asks that customers provide her with specific details about the house or even better, send a photo.
Although she has a lot of fun with her business and delights in making someone’s day brighter, Reed takes her work seriously and takes pride in it being correct and professional.
Reed said she has been blessed to be assisted by friends and family members. She often services Bridgeport, Clarksburg, Fairmont, Grafton, Weston, Buckhannon, Shinnston, Lumberport and Monongah. 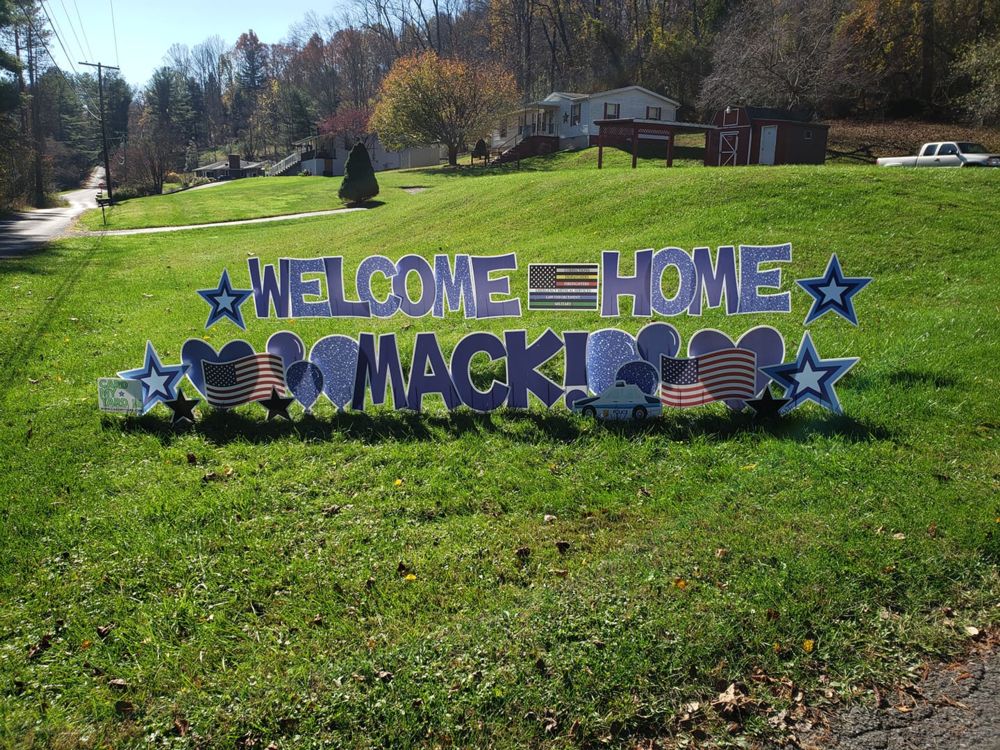 The opportunities to spread joy have also included occasions when she has been able to uplift her community through not-profit, civic and holiday occasions. Included was the 2020 “Light Up Our City” during which Reed placed holiday-related messages in various Bridgeport neighborhoods.
Reed was the very first Card My Yard business in West Virginia. There are now businesses in Morgantown and Charleston. Since establishing her business and meeting other Card My Yard professionals, she has discovered that several are from the Mountain State, operating the franchise out of several other states. That makes her love Card My Yard even more.
Reed has kept up with new ideas and trends by attending “Cardferences” hosted by Card My Yard.The newest trend in the business is the addition of super signs, available for an extra fee. The first she has purchased, of course, is a giant stork. 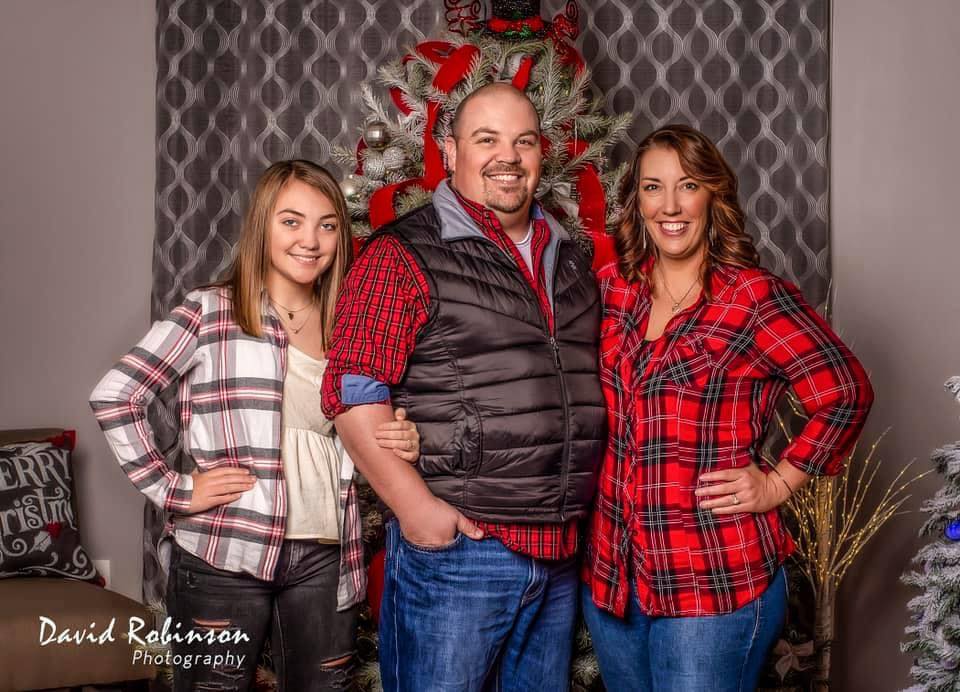 her
Reed is married to her high school sweetheart, Steve Reed. They have one daughter, Kaylee, a freshman at BHS. Kaylee was about to graduate the 5th grade when her mom ventured into the Card My Yard business.
Learn more about Card My Yard Bridgeport and the Card My Yard franchise HERE.